Ancient civilizations dealt with the heat in different ways. Anyway, people thought about creating a favorable microclimate long before the invention of the first air conditioner.

Some peoples designed special mines, in which they placed vessels with water. When they evaporated, they cooled and the vapors got into the living rooms, providing coolness. Other peoples used the system of irrigation of their homes with cold water to reduce the temperature of the doors and walls.

In the 19th century, the English experimental physicist Michael Faraday put forward the idea that the compression of certain gases can cool the air. At that time, his discovery was almost unnoticed, and was of little scientific value. Especially against the background of his other achievements.

Michael Faraday discovered electromagnetic induction and invented the first electric motor, as well as made a number of other pivotal discoveries in the field of physics and chemistry. However, in the 20th century, there was an equally talented inventor who was able to turn the idea of air cooling into a commercial project.

Willis Carrier was a truly unique man. He was born in New York City to a Quaker family (the Quakers are adherents of the so-called Religious Society of Friends). Willis was raised by his parents in strict morals: an idle lifestyle was not encouraged, so the little inventor was allowed to spend his free time only reading textbooks and scientific books.

He was recognized as a child prodigy and accepted the university on preferential terms. At the beginning of the 20th century, as now, education in the United States cost fabulous money, and the Willis family would not be able to pay for it. However, Willis was accepted to the university as a promising student. And they did not lose.

In 1902, Willis Carrier introduced the first electric air cooling system to the world. We can say that it was in that year that his first air conditioner appeared. The device could cool the air and reduce its humidity.

At first, it was developed by a large New York printing house, since such a device allowed to observe the optimal temperature and humidity in the room. Thanks to the correct microclimate in the printing house, it was possible to achieve the highest quality printing.

When it became clear that the invention would change the world, Carrier and his founders founded the Carrier company. And now, 100 years later, Willis ‘ company remains one of the leading manufacturers of air conditioners in the market.

The Carrier company was gaining momentum and their air conditioners began to be used all over New York. 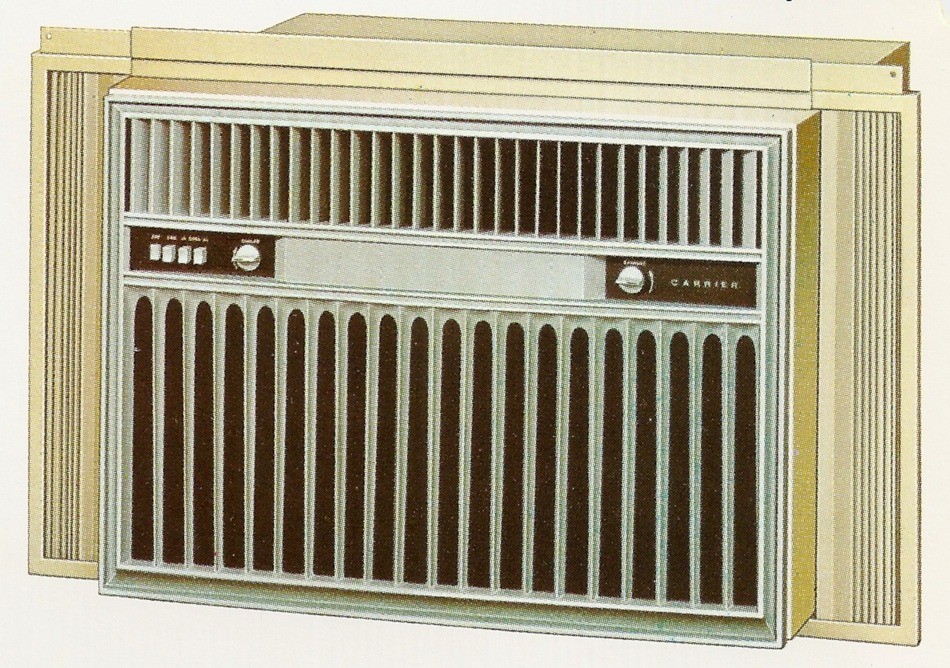 The devices cooled the air, thereby improving labor productivity in factories and offices, so they were actively bought, despite the high price.

Carrier’s air conditioners were not perfect. For their correct operation, gases with a toxic effect were used, which were not safe. When leaking air conditioners released ammonia, which was the reason for the development of more advanced air conditioning systems.

In the 30s of the 20th century, the company «General Electric» designed an air conditioner consisting of two blocks to make the device safer. This was the first split system.

At the same time, the American chemist Thomas Midgley suggested using freon as an alternative to toxic gases. And this idea was so successful that even modern air conditioners run on freon.

At first, a mixture of freon was used, which is harmless to humans, but polluting the environment. Over time, humanity has switched to using a safer mixture. The refrigerant used in a modern air conditioner is safe for everyone: for people, for animals, and for nature.

Over the following decades, air conditioners remained unchanged, until in the 80s, the company «Toshiba» did not develop the first [inverter air conditioner. Thanks to this technology, it was possible to achieve a significant reduction in power consumption. Air conditioners have become not only convenient, but also economical.

The first electric air conditioner was developed by Willis Carrier — a talented American inventor whose biography is no less interesting than the history of air conditioning itself.

More than 100 years have passed since the invention of the first devices for air cooling. Now modern air conditioners are able not only to cool, but also to heat and purify the air. These are compact, functional and energy-efficient devices that were born thanks to a little prodigy from the state of New York.