A modern split system is technically complex and consists of many components. Some of them are necessary only to increase the comfort of using the device, but most of the details are simply necessary for the proper operation of the entire system. One of these components is the fan motor.

In this article, we will briefly describe what types of air conditioner fan motors exist, what causes engine failures, and how much it costs to replace them.

The air conditioner fan has its own separate motor that drives the blades, rotating them and thereby directing the air flow in a given direction. Fan motors can differ significantly from each other in power, size, speed, and many other parameters.

There are also different types of motors per fan. All motors of air conditioners, or rather their fans, are divided into asynchronous, inverter and collector. Asynchronous motors are more common, although in recent years manufacturers have been actively switching to inverter motors. 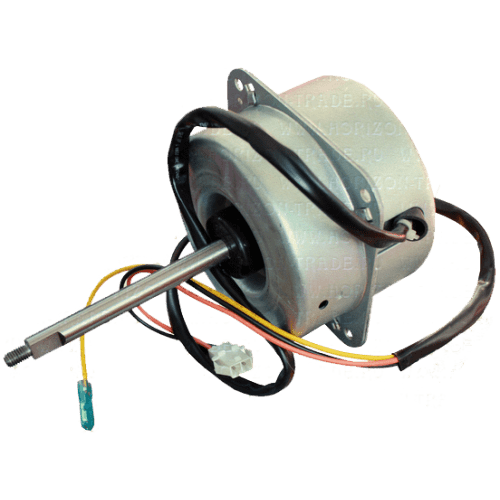 However, asynchronous motors consume more power than other motors, and they do it irrationally.

To solve the problem of excessive power consumption, engineers began to use inverter motors.

Inverter motors are more likely to fail because they are technically more complex and break down faster if used incorrectly. This problem has one solution — the correct operation of the entire split system in accordance with the manufacturer’s recommendations, especially in the cold season.

Previously, collector motors were installed in household appliances (including split systems). But gradually they disappeared from the market. Now they can be found in budget air conditioners, and then infrequently. They quickly fail, because they are poorly adapted to aggressive environments.

Previously, it was used because it was inexpensive and easy to set up, but over time, manufacturers replaced it with an asynchronous and inverter motor.

The motor of the external fan unit is not capable of running indefinitely. Sooner or later it will fall into disrepair. But not always the breakdown is critical, sometimes it can be fixed with the help of repairs. 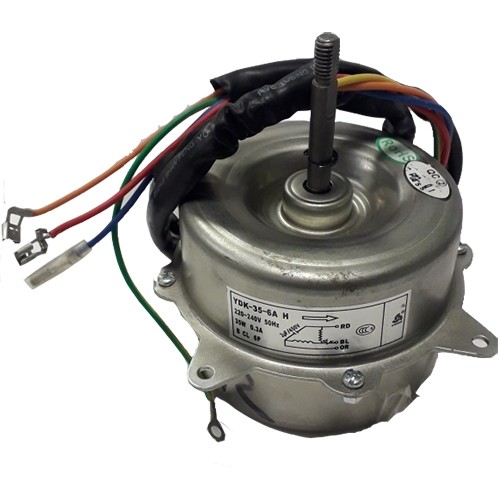 We will list the breakdowns in which repair is impossible and a complete replacement of the fan is needed:

Some experienced craftsmen can repair such motors, but it is often easier to replace them with new ones than to try to revive them. We will not be able to name the exact prices of new engines, because the cost depends on many factors: the type of engine, manufacturer, seller.

The engine of the internal unit of the air conditioner is one of the most important components of any split system. Unfortunately, the motors can’t run forever, sooner or later they fail. There are several key reasons why engines stop performing their function. But there is always one way out — replacing the motor.