Most apartments, offices, fitness clubs and restaurants use split-type air conditioners. They are often referred to simply as split systems. In this article, we will explain in detail what it is and what some of the terms that are widely used in describing split systems mean.

The external block is installed on the facade of the building. Its housing contains several important components at once: a heat exchanger, a fan, a compressor, copper tubes, an expansion valve, etc. Additionally, it is equipped with an automation system and other electronics. 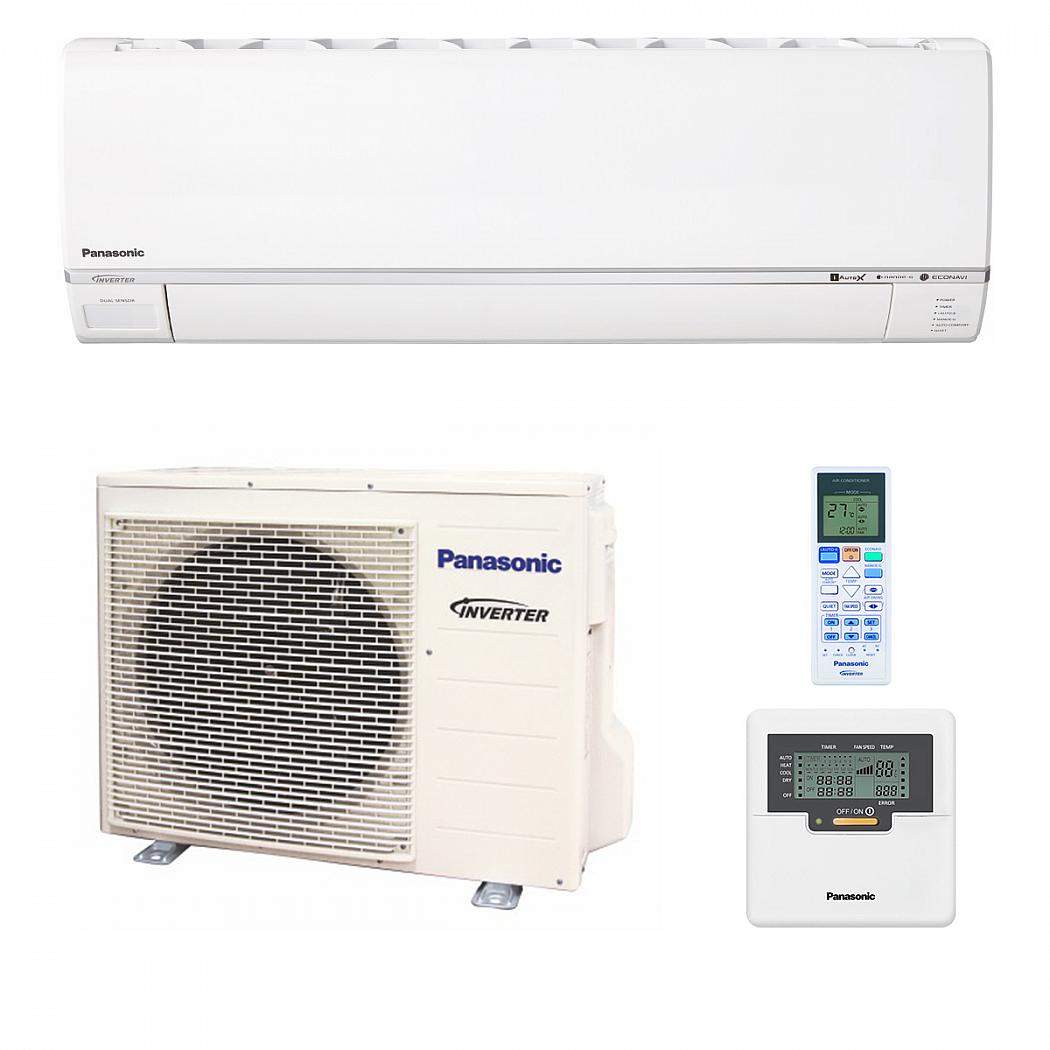 The indoor unit is installed in a room, combines a heat exchanger, a fan, filters, guides for adjusting the air flow, a container for collecting condensate, etc. Can be controlled by remote control.

On the market there are several types of air conditioners of the «split» type, i.e., consisting of two blocks.

The most popular ones:

Multi-split systems are particularly interesting. Let’s look at them in more detail.

The standard split system consists of two blocks. This is not always convenient if you want the air conditioner to be installed in several rooms at once. To solve this problem, you can use a multi-split system.

It consists of one outdoor unit and several indoor units (from 2 to 8). With a single outdoor unit, you can cool the air in several rooms at once. All the blocks are combined into a single system, each component of which can work simultaneously or separately.

Simply put, you can turn on the air conditioner in one room and not turn it on in the other. Or turn on all the indoor units at once, but set a different temperature. However, please note that the simultaneous operation of different units in different modes (for example, one for heating, the other for cooling) is not possible.

Multi-split systems are expected to be more expensive than a conventional split system consisting of only two blocks. These are technically complex devices that require expensive components to operate. Perhaps in the future, manufacturers will find a way to make multi-air conditioners more affordable.

You already know that a split system consists of two blocks, between which a refrigerating agent (aka refrigerant or freon) circulates. Let’s look at the principle of operation in more detail.

When the refrigerant circulates between the outdoor and indoor unit, it changes its state from liquid to gaseous, and back again. In inverter devices (and there are most of them on the market), this process is repeated continuously as long as the air conditioner is turned on.

The refrigerating agent boils at sub-zero temperatures. In order for freon to boil and start vaporizing, it needs to receive a large amount of thermal energy. The indoor unit takes this heat energy from the room through the evaporator.

At that stage, the refrigerating agent turns into gas and enters the compressor. That, in turn, creates the necessary pressure in the entire split system, after which the refrigerant enters the heat exchanger.

When under pressure, the refrigerating agent condenses, releasing into the atmosphere all the heat energy that it received earlier. Thus, the gaseous refrigerant passes into the liquid state.

In the liquid state, the refrigerant enters the expansion valve. Here the pressure is reduced and the freon is returned to the evaporator to get heat again. The chain closed.

Principle of operation when air is heated

Above, we talked about how the air conditioner works in the air cooling mode. If the split system has a heating function, then the principle of operation will change.

The refrigerant will circulate in the opposite direction, as the functions of the heat exchangers will change. The outdoor unit will take heat from the street, and the indoor unit will transfer this energy to the room. Otherwise, there are no changes.

There are a number of rooms where the air must be cooled at any time of the year, including in winter. Such rooms, for example, include server rooms or wine rooms. In order for the air conditioner to work correctly at low temperatures outside the window, you need to use the so-called winter kit.

The winter kit is a technical modification of the standard split system, which you can order in the store when buying an air conditioner.

The service includes the installation of a special controller that controls the fan, and additional heating of those components that can freeze at sub-zero temperatures. For example, a drainage pipe.

Separately, we note that the use of a split system for cooling at extremely low temperatures outside the window is not the best solution. For quiet purposes, it is better to use devices specially designed to work in difficult weather conditions.

If maintenance is not carried out, the service life of the split system will be significantly reduced. Also, the efficiency of the device will be reduced, an unpleasant smell of mold will appear, which will soon begin to spread around the room.

When servicing the indoor unit, it is completely disassembled, all components are cleaned with disinfectants and a steam machine. This work is entrusted to organizations that specialize in the maintenance of air conditioners. But some of the work can be done independently.

A few words about filters, built into the air conditioner to purify the air. Most of them are just a marketing ploy, but sometimes filters can actually improve the quality of the air entering the room. Anyway, change the filters consistently once a month. In this case, they will be of some use at least.

During operation, excess condensate forms in the air conditioner. According to a special system of tubes, it enters the container to collect excess moisture. Sometimes the tube is simply taken out into the street, and you can see water dripping from it.

If such an air conditioner is installed above your apartment, there is a chance that moisture will flow directly to your windows. In the article below, we explain how to deal with this problem.

Split-system is a type of modern and widely used air conditioners. Such a device can not only cool, but also heat, ionize and purify the air in the room. These devices are efficient and do not consume as much electricity as many people think.

Manufacturers offer a choice of several form factors at once. You can choose a wall-mounted, ducted or cassette air conditioner. But, of course, wall-mounted devices are most popular due to the ease of installation and affordable price.