Looking for a compact air conditioner for your home, but not ready to pay for the installation of a mobile air conditioner? Do you want to have a really small device that you can take with you to work? Pay attention to the mini-table air conditioners. There are not many of them on the market, but they have already gained their popularity due to their strikingly small size and low price.

In this article, we will talk about two popular desktop mini air conditioners: Evapolar and Rovus Arctic Air. They are from different price categories, but in many ways similar. You can compare these two devices and decide which option is worth buying.

This article describes the personal opinions of the author, the material is not advertising!

Of course, you can choose a device from the line of mobile air conditioners on wheels, but such an air conditioner still can not be compared with desktop devices, which we will tell you about in this article.

The key advantages of desktop mini-air conditioners are their size and weight. You can take this air conditioner anywhere you want. It can become your constant companion at home and at work on particularly hot days. Agree, working in comfortable cool conditions is much more pleasant than melting from the heat.

And if your office or apartment can not agree on the optimal cooling temperature, then the desktop mini-air conditioner will instantly solve this problem. You can direct the cool flow exclusively in your own direction, without fear of blowing colleagues and household members.

Next, we’ll talk about two popular best-selling air conditioners that are worth paying attention to.

Table mini-air conditioner from the brand Evapolar-the development of young startups from St. Petersburg. A few years ago, young entrepreneurs launched a cloud-funding company to raise funds for the production of an ultra-compact air conditioner and quickly raised the necessary amount.

Thanks to financial support, the developers have put into mass production one of the smallest air conditioners on the market! It is able to cool the space within a radius of 3 meters, and is also equipped with humidification and air purification functions. The device runs on water, it is very economical to use electricity and judging by the reviews, it copes well with its task.

Startups claim that the Evapolar air conditioner consumes 12 (!) times less electricity compared to the usual wall-mounted air conditioner, and its size is 10 times smaller than that of a standard split air conditioning system. 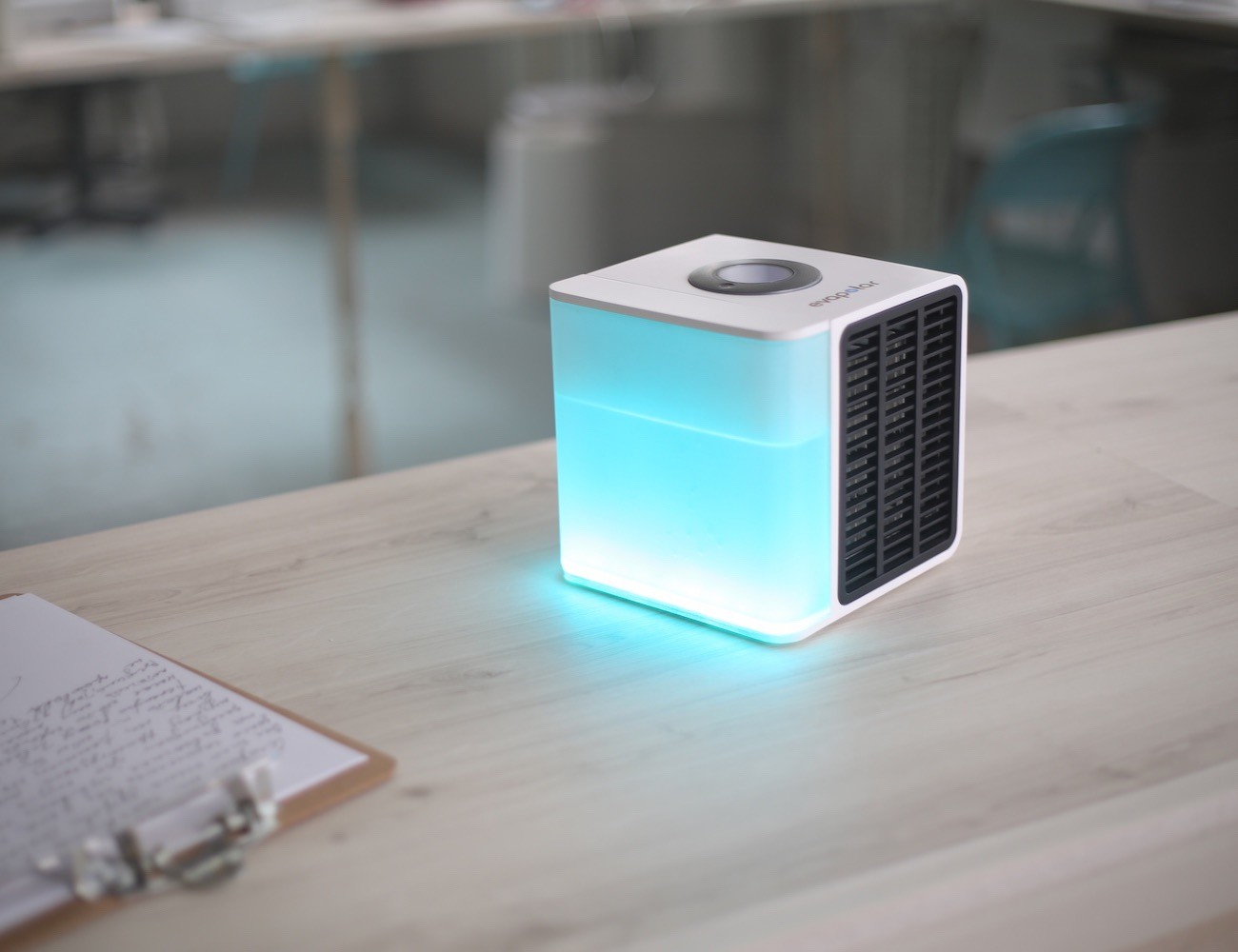 To cool a room with an area of 10 square meters, you will need two Evapolar air conditioners. At the same time, you can put the device on your desktop and not disturb others.

Let’s move on to the numbers. Evapolar weighs no more than 2 kg and consumes no more than 18 W. The power of the air conditioner is 500 W, which is quite a lot for such a compact device. The body of the air conditioner is equipped with lighting and a tank that holds about 700 milliliters of water. This is enough for continuous work for 6 hours! Now Evapolar can be easily found in online stores. There are two colors to choose from: black and white.

According to the manufacturer, this tiny device is able to completely replace a stationary wall-mounted air conditioner. This, of course, is lie. But it is quite suitable for use at work or at home. Especially if you are unassuming about the workmanship and want to find a cheap alternative to the fan.

The Rovus Arctic Air conditioner can not only cool, but also humidify the air. With this, it copes quite well, although it does not compare with high-quality expensive humidifiers. The case is equipped with LED-illumination, the color of which can be adjusted at your discretion.

The appearance of the Rovus Arctic Air can not boast of frills. This is far from a design device like the Evapolar. But such a device is usually not expected to do anything supernatural. It is important that it simply performs the entire list of functions. 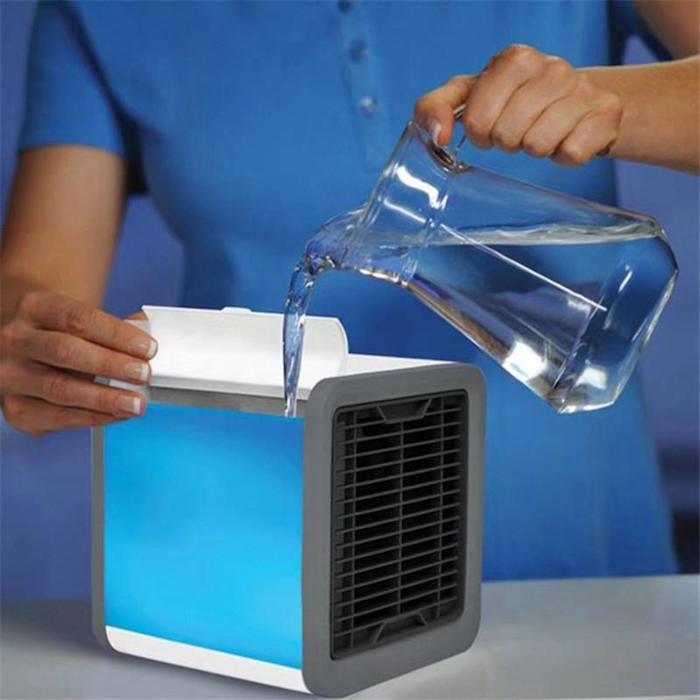 Is Rovus Arctic Air up to its task? Quite. This is the word that most accurately describes this air conditioner. There are a lot of negative reviews about this model on the Internet, and there is a sound grain in them.

Do not expect from the Rovus Arctic Air effect, as from the usual wall air conditioner. It can be an excellent alternative to a desktop fan, and has also proven itself well when working at night as a lamp and humidifier. If desired, the device can be connected to a computer or powerbank.

The power of the Rovus Arctic Air is 7.5 Watts. The device does not make too much noise, does not require special care, and is safe for children and animals. Rovus Arctic Air also works on water. With a full tank, it is able to cool the air for up to 8 hours without interruption.

In this article, we talked about two air conditioners that are similar in nature and appearance, but radically different in price and content. Evapolar-a stylish modern device that is quite capable of replacing the air conditioner in the workplace. The Rovus Arctic Air is a good budget alternative, if the design and technical component are not so important.

Perhaps among our readers there are happy (or unhappy) owners of Evapolar and Rovus Arctic Air conditioners. Share your impressions in the comments below! Tell us what you like and dislike about these devices, and whether they are worth the money. Good luck!