The air conditioner as a device for cooling the air has been known for about a century, and during this time it has undergone many changes. With each passing decade, air conditioning systems are becoming more and more technologically advanced, but there are also those types of devices that differ little from their predecessors.

In this article, we will tell you in detail about all the popular types of air conditioners. We will list those varieties that are used most often for domestic and semi-industrial purposes.

Air conditioners are different: compact and bulky, expensive and cheap, beautiful and hidden behind a suspended ceiling. But all of them have one thing in common — the devices work on a refrigerating agent. And, to be more precise, on freon.

All air conditioners on freon consist of several key components:

By the name, it is not difficult to guess where air conditioners are used. Household-in apartments and residential buildings, semi-industrial — in offices, shopping centers and other large commercial premises. Before buying, it is important to determine the class of the air conditioner. Now let’s take a closer look at the popular varieties of air conditioners in terms of their functionality and scope.

The split system can be used both at home and in the office. Such a system consists of two blocks: external and internal. Both units are connected by means of tubes through which the refrigerating agent circulates. On sale are air conditioners with a different form factor of the indoor unit. It can be wall-mounted, floor-ceiling, cassette, channel, etc. 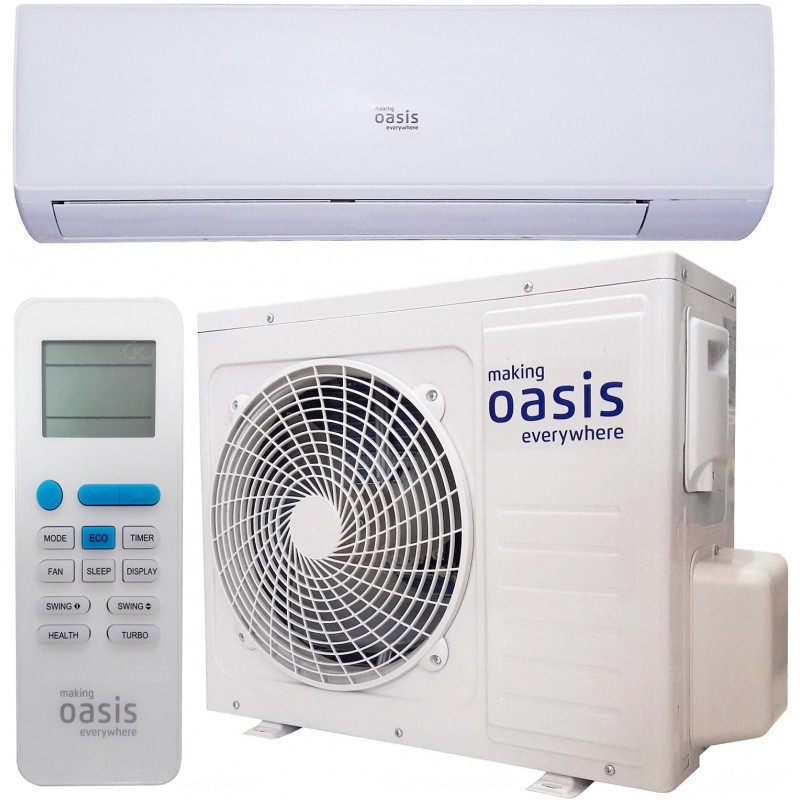 Speaking of the word «air conditioner», many people present a wall-mounted split system. It can be found in many apartments and even in small offices. On commercial premises, cassette and channel split systems are more often used.

The standard split system consists of two blocks. This is a great option if you need to provide cool air in only one room. But what about in a multi-room apartment or in a a big office? For such cases, multi-split systems were invented. 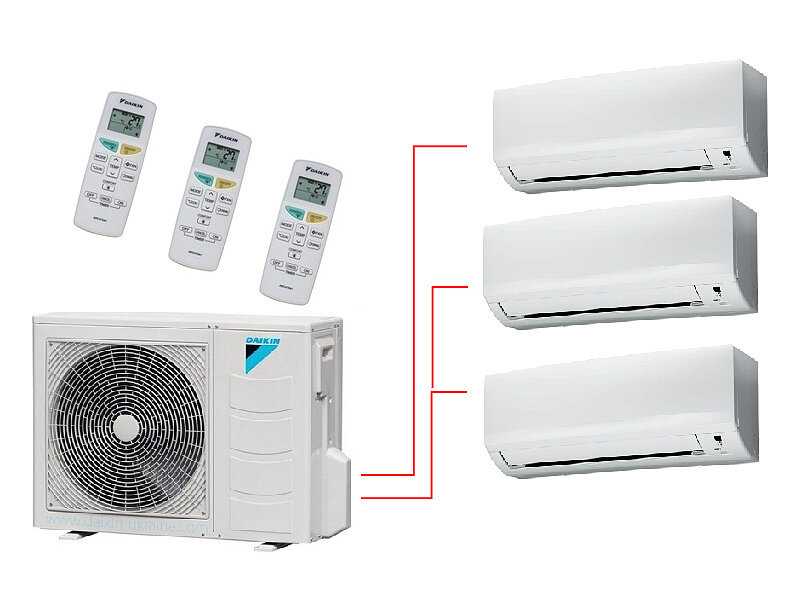 The multi-split system consists of one outdoor unit and several indoor units (from 2 to 8). With this system, you can cool the air in several rooms at once. All the blocks are combined into a single system, each component of which can work simultaneously or separately.

Such air conditioning systems are expected to be more expensive than a conventional split system, because they consist of a large number of blocks. These are technically complex devices that require expensive components, professional installation and regular maintenance. 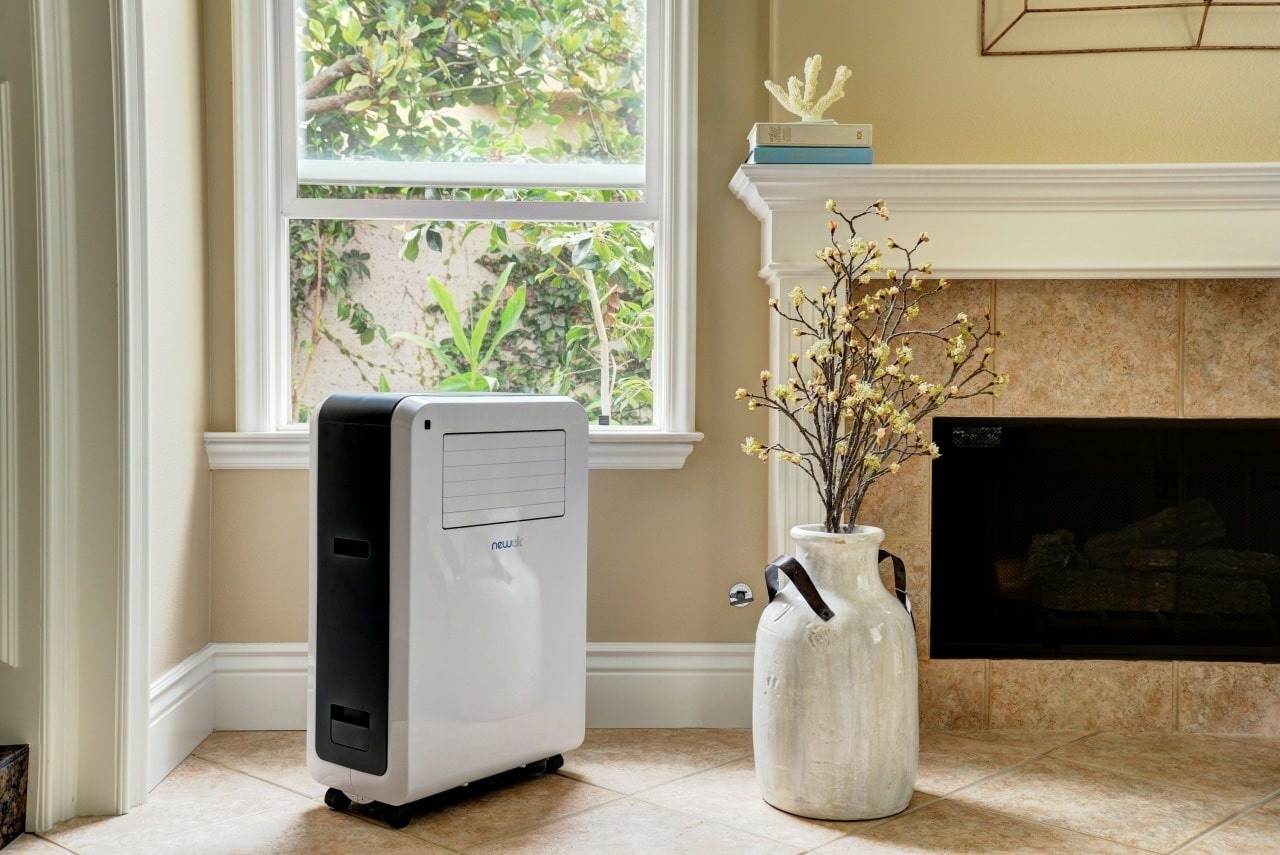 They are inexpensive, quickly installed and do not require expensive maintenance, often installed after the repair work in the room. A monoblock can be a real salvation on hot days, if the usual fan can not cope with the heat for a long time.

But why, with all the advantages, do buyers prefer split systems? Monoblocks are an obsolete type of air conditioner. In the past decades, monoblocks were widely used in apartments and offices, but sometimes their shortcomings are too critical for comfortable operation. Such devices are not very effective and they are replaced by split systems.

The precision air conditioner is designed for year-round cooling, heating and ventilation in large server rooms or wine rooms. This is a specific type of air conditioning that is not used in residential buildings and offices. These devices are able to work smoothly around the clock, and even with this rhythm of use, their service life is 15-20 years. 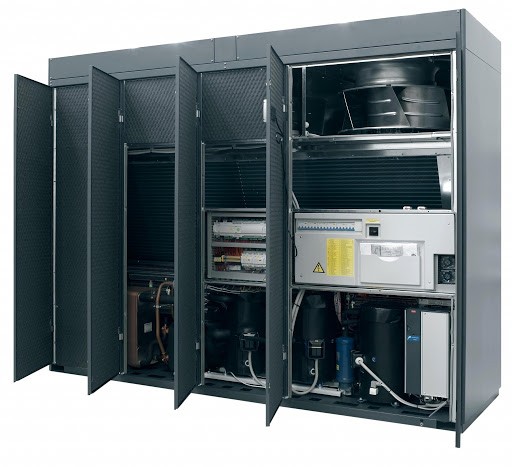 Precision air conditioners provide the right microclimate in large server rooms, are able to work for a long time without failures, regardless of the temperature and humidity outside the window, are often equipped with a remote control, are simply installed in an existing ventilation system and emit a small noise level.

Externally, the VRV / VRF system looks the same as a multi-split. There is one outdoor unit and several indoor units. The key difference from multisplit is the ability to connect up to 64 indoor units to a single outdoor unit! Thanks to this device, you can cool the air in dozens of rooms at the same time.

VRV / VRF systems are technically sophisticated air conditioners that operate thanks to built-in automation. It ensures the correct operation of all the system blocks, only occasionally reporting crashes. Of course, such a system is very expensive. It is not used in everyday life, but it is used in elite business centers of class «A».

Speaking about other features of VRV / VRF systems, it should be noted their increased noise. It is for this reason that such devices are often installed above the suspended ceiling or hidden in the utility room, so that the noise does not interfere with work.

A few words about the name of that system. This type of air conditioner was invented by the company «Daikin» and named VRV. Over time, other manufacturers also introduced their own products to the market variations of this air conditioning system and named it VRF to avoid lawsuits over the use of the name. In general, there is no fundamental difference between VRV and VRF.

In this article, we have tried to give a detailed classification of air conditioners. Of course, we have not listed all types of devices, but only the most popular ones. We will tell you about more specific air conditioning systems in the following articles on our website. In the comments below, you can share your experience of choosing an air conditioner. Good luck!