Many of us have an air conditioner hanging on the wall at home, which helps us not only on hot days, but also on the first autumn nights, when it’s cold outside and there is no heating. After all, modern devices can work not only for cooling, but also for warming up the air.

These devices can also be found in offices, shops, restaurants, fitness clubs, etc. They can be different: wall-mounted, cassette, channel, etc. But they all share one thing-the principle of operation.

The device of a household or any other air conditioner of the «split» type looks like this: there are two units external and internal, they are connected to each other by means of cables and tubes through which the refrigerating agent circulates.

The outdoor unit is mounted outside, on the facade of the building. Its housing contains several important components at once: a heat exchanger, a fan, a compressor, copper tubes, an expansion valve, etc. The outdoor unit runs on electricity, so it is additionally equipped with an automation system and other electrical components.

The indoor unit is installed indoors, combines a heat exchanger, a fan, filters, guides for adjusting the air flow, a container for collecting condensate, etc. Can be controlled by remote control.

As we wrote above, the outdoor and indoor units are connected to a single system using cables and tubes. In one tube, the refrigerating agent circulates in a liquid state, and in the other — in a gaseous state.

The principle of operation of the air conditioner is based on a simple principle: refrigerating agent which continuously circulates from the outdoor unit to the indoor unit and back, becoming either liquid or gaseous, transfers thermal energy, converting it to the specified parameters.

The refrigerating agent is often called a freon, professionals call it a working fluid. But the name does not change the essence: freon boils at sub-zero temperatures, while water requires a boiling point of 100 degrees. The air conditioning system is built on this difference.

In order for freon to boil and start vaporizing, it needs to receive a large amount of thermal energy. The air conditioner takes this heat energy from the room through the evaporator.

At that stage, the refrigerating agent turns into gas and enters the compressor. That, in turn, creates the necessary pressure in the entire split system, after which the refrigerant enters the heat exchanger.

When under pressure, the refrigerating agent condenses, releasing into the atmosphere all the heat energy that it received earlier. Thus, the gaseous freon passes into the liquid state. Next, the refrigerant is drained and enters the expansion valve. Here the pressure is reduced and the freon is returned to the evaporator to get heat again. This cycle repeats itself constantly.

During operation, excess condensate forms in the air conditioner. According to a special system of tubes, it enters the container to collect excess moisture. Sometimes the tube is simply taken out into the street, and you can see water dripping from it. If such an air conditioner is installed above your apartment, there is a chance that moisture will flow directly to your windows. 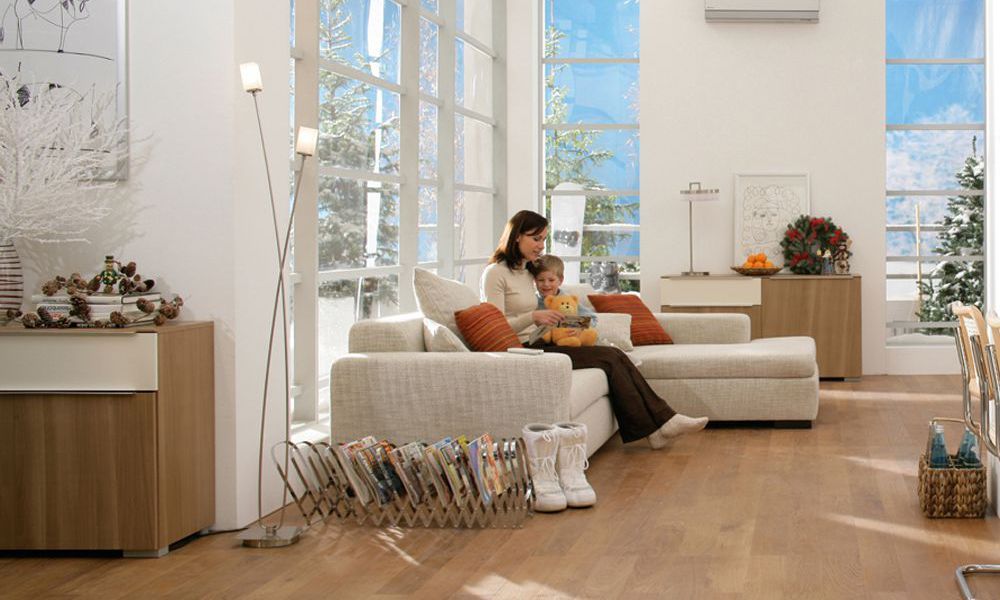 All that we have described above relates to air cooling. If your air conditioner has heating function, then in this case, the principle of operation will change. The refrigerating agent will circulate in the opposite direction, the functions of the heat exchangers will change. The outdoor unit will take heat from the street, and the indoor unit will transfer this energy to the room.

Modern split systems are very efficient and consume less energy than before. However, in such an air conditioner, there are still two components that consume a lot of electricity: the compressor and the fans. The remaining components use a negligible amount of energy. 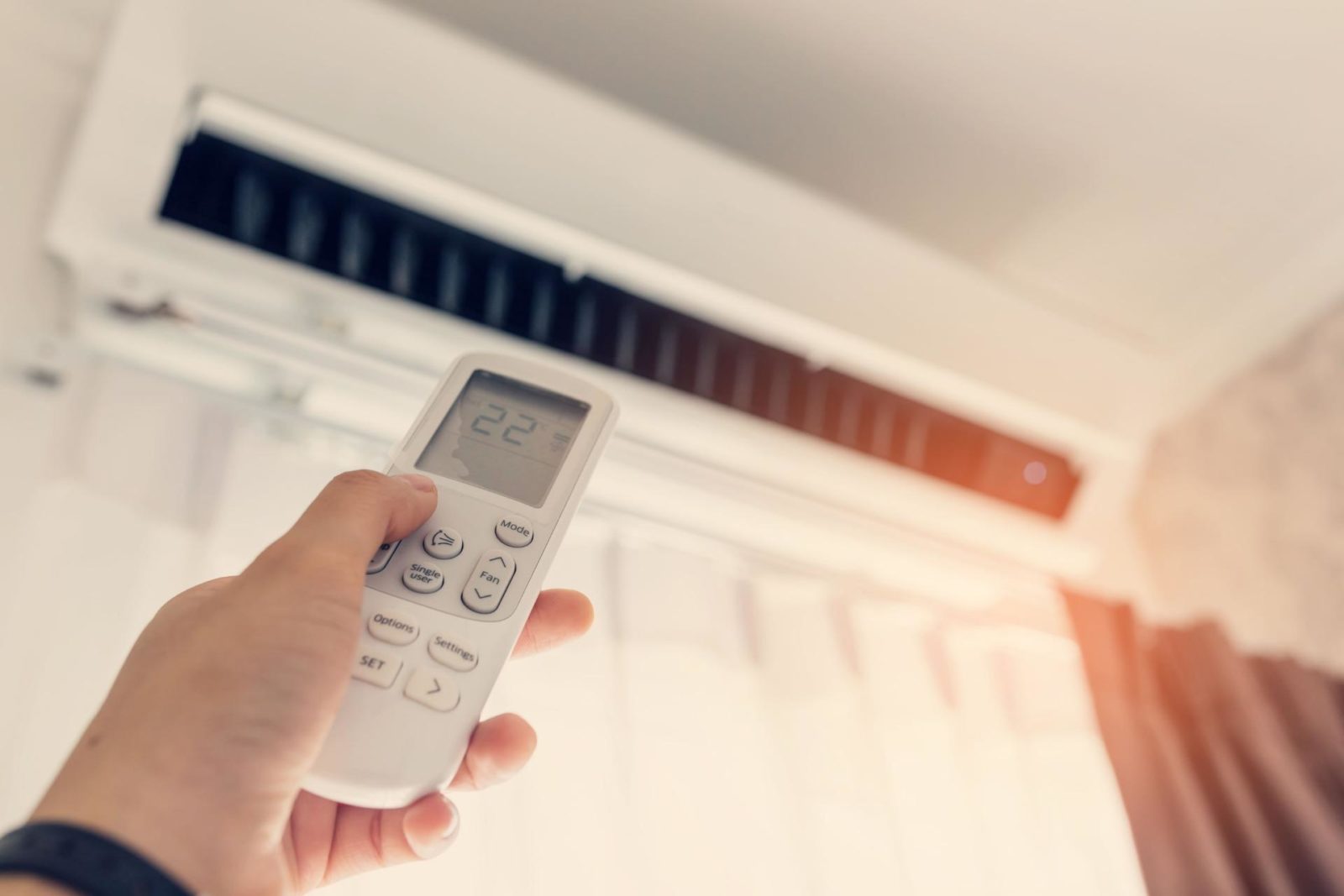 Manufacturers have yet to refine the fans and compressors so that they work more economically, but with the same efficiency. However, modern air conditioning is not even worth comparing with its counterparts from the last century. It is much more economical and can be used for many hours in a row, without significant overpayments for electricity.

Split systems flooded the market. Air conditioning at home, at work or in the store is highly likely to be a split system. These are very popular and effective devices, they do an excellent job not only with cooling, but also with heating, cleaning and humidifying the air.

In this article, we have tried to briefly and clearly outline the basic principles of the split system. You have learned what components the air conditioner consists of and how it functions.