Without freon, the machine cannot work, and if the compressor is the heart of the air conditioner, then freon is the blood. In this article, we will tell the story of the appearance of the refrigerating agent, and you will also learn about the most popular varieties of freon.

History of freon use

At the beginning of the 20th century, the talented inventor Willis Carrier created the world’s first air conditioner, which was designed specifically for one of the largest printing houses in the city New York.

Soon, a talented engineer created his own company for the manufacture of air conditioners. It was quite successful due to the lack of competitors. But the Carrier devices had one significant drawback — the evaporation of the refrigerant. After all, ammonia was initially used as freon, which had a bad effect on employees of printing houses and factories, where air conditioners were often installed Carrier.

After some time, another major player appeared on the market — General Electric. Engineers from this was able to make the world’s first device with a with a safer compressor, thanks to which it was possible to significantly reduce the amount of evaporation in rooms where air conditioning was used.

At the same time, experts from General Electric began to develop a safe refrigerating agent, which was supposed to replace the toxic ammonia. So freon appeared. Now this word is a household word, we call any refrigerating agent freon. But in fact, this the term was coined in the late 20s of the last century and registered as a trademark. 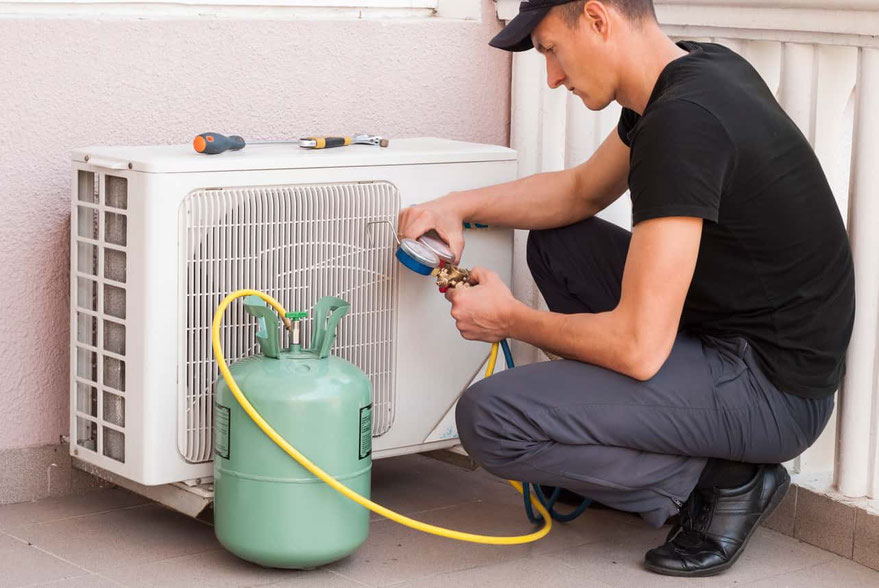 In those days, the key factor was human health. If the refrigerant was safe for the buyer, then the business of the manufacturing companies was going up.

And only decades later, a significant drawback of the classic formulas was discovered — refrigerating agents were harmless to people, but over the years they began to destroy the ozone layer. And then the engineers faced a new task: to create an environmentally friendly freon, so as not to worsen the situation and not to lose their reputation.

Of course, they coped with this task. And now we have the opportunity to use air conditioners and refrigerators without harm to people and nature.

We will tell you about three types of freon that are used everywhere. You will learn about their main characteristics and be able to draw conclusions.

R22 freon is most often used in air conditioners. It is one of the oldest refrigerating agents on the market. It is chemically and thermally stable, which is extremely important for air conditioning systems. Also, this refrigerant can easily refuel the air conditioner if there is a leak. 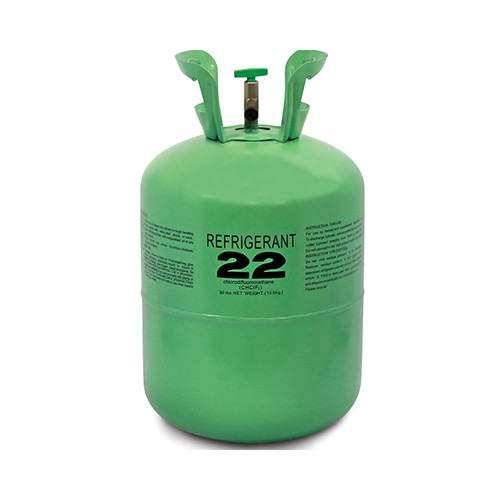 However, the R22 brand has one significant drawback — a negative impact on the environment. This type of freon destroys the ozone layer, so it was banned in the United States and Europe. In Russia, there is no formal ban, but since most manufacturers import their air conditioners around the world, they produce devices with other freons by default. But, on the market, you can still find devices running on R22.

This is the main replacement for the R22, a more eco-friendly option. It can be used in devices designed to work with R22.  And it does an excellent job, but it has a number of drawbacks. 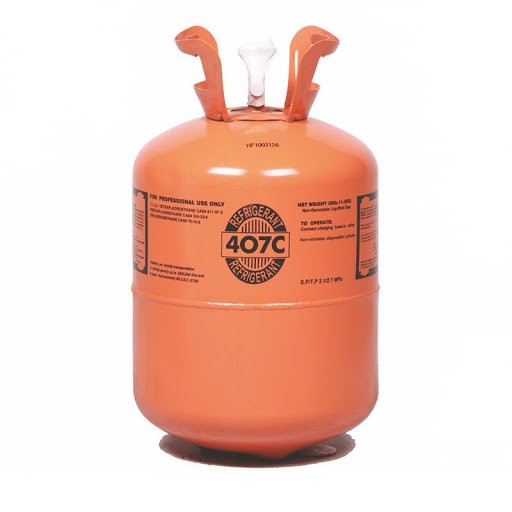 It has a high operating pressure, which creates an additional load on the components of the air conditioner. We have to make them from more expensive materials, which affects the final cost of the device. Also, air conditioners with R407C cannot be refueled in case of a leak. You need to remove all the freon in the air conditioner and refuel again.

Freon type R410A — the safest to date. Here, unlike the previous refrigerant, refueling is possible. R410A perfectly copes with its task in air conditioners of any class, since it does not exert a significant load on the air conditioning system. At the moment, this is the most promising type of freon on the market. 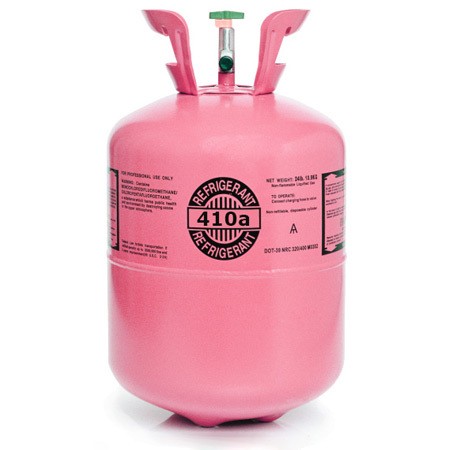