The ducted air conditioner consists of an outdoor unit and an indoor unit, as well as an extensive system of air ducts. Through them, the cooled air enters the premises through special ventilation holes in the ceiling or in the drywall structure.

Thanks to the air ducts, such an air conditioning system can cool several rooms at once or one, but very large room, where a standard wall unit can not cope.

The indoor unit of a ducted air conditioner is not located in the visible part of the room. Often it is hidden under a suspended ceiling, as well as air ducts or other communications (cables, pipes with refrigerating agent, etc.). 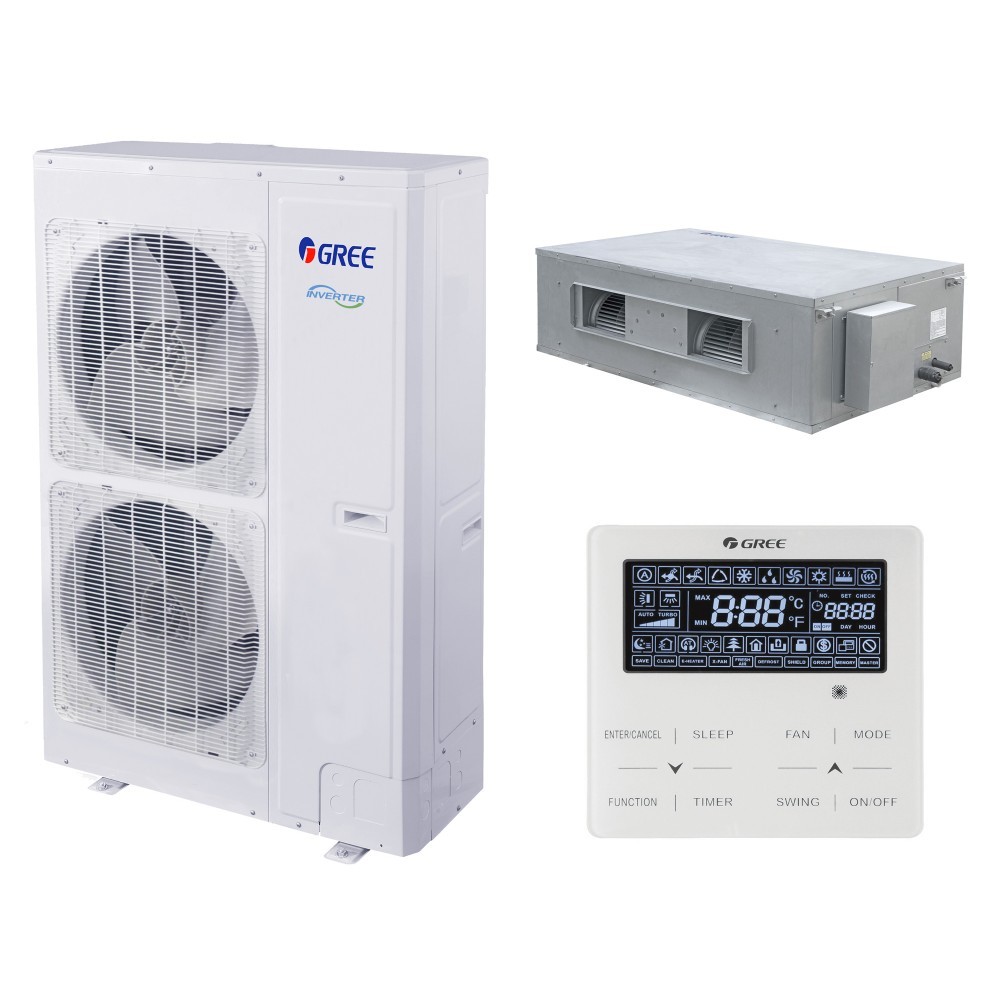 The indoor unit combines a heat exchanger, fan, compressor, throttle and a number of other important components. We can say that the indoor unit is the heart of the entire ducted air conditioning system. In some models, in addition to the above components, there are various sensors that allow you to monitor the air parameters.

The external block is mounted on the facade of the building. It sucks in air from the street, after which it is cleaned and cooled to the set temperature. Then the air is directed through the air ducts and enters the premises. Of course, in fact, this system works much more complicated, but we will not go into technical details.

The outdoor unit is also responsible for the smooth operation of the entire system. It is equipped with automation, various sensors and valves, as well as a warning system in case of failures.

Modern ducted air conditioners can not only cool, but also humidify the air, as well as ionize it. Such a system will allow you to achieve the correct microclimate in the room without the use of additional devices.

But often duct air conditioners can be found in large administrative and industrial buildings, offices, shops, etc. The standard duct system is many times more powerful than other types of air conditioning. It does an excellent job of cooling the air in large enclosed spaces where there are a lot of people.

In this case, the refrigerant then contracts, then expands, alternately turning into a liquid, then into a gas. Due to these transformations, the air taken from the street is cooled to the set temperature and then enters the room through air ducts.

Ducted air conditioners may differ from each other in terms of power and the pressure they create in the air ducts. Often, high-pressure, medium-pressure and low-pressure air conditioners are presented in stores. Let’s look at them in more detail.

High-pressure devices are used in very large rooms: offices, restaurants, supermarkets, etc. The maximum pressure indicator is up to 250 Pa. Thanks to this, the air conditioner perfectly copes with cooling the air in several rooms at once. 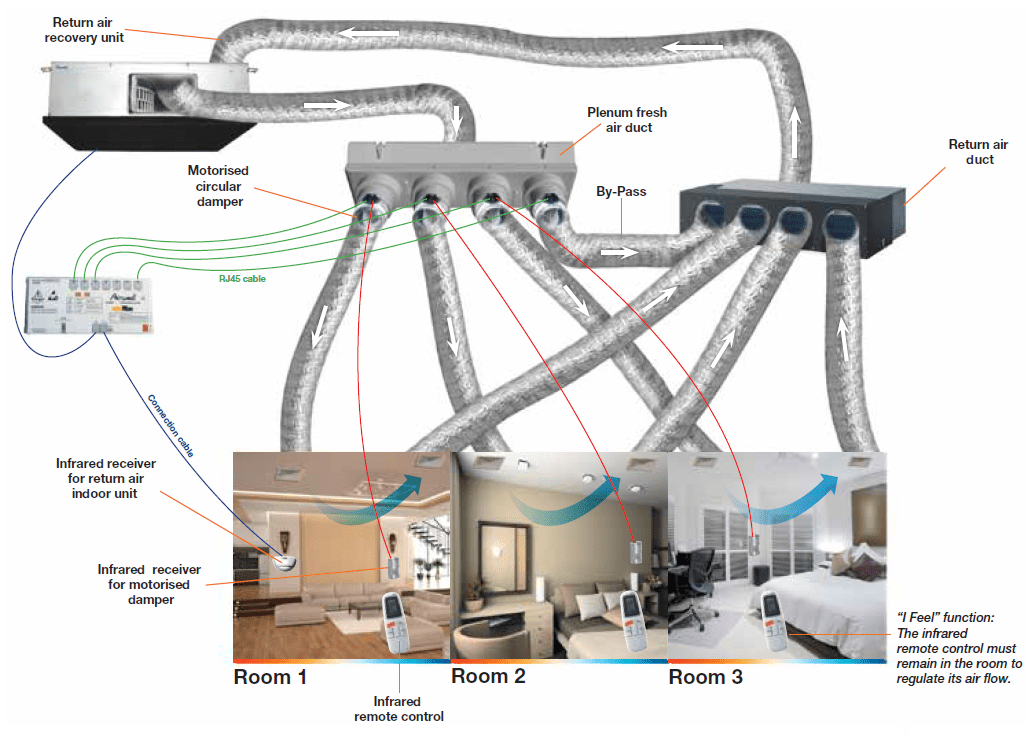 Medium-pressure devices can also be used to cool the air in several rooms at the same time, but the result will be less effective, since the maximum pressure is 100 Pa. The optimal solution is to choose a medium-pressure air conditioner when cooling one large room.

Low-pressure devices are used in homes, apartments and hotel rooms. The maximum pressure is 40 Pa. This is enough to cool the air in a standard room without high ceilings (more than 4 meters). The use of such air conditioners in administrative or other similar premises is not advisable.

Installation of the ducted air conditioning system begins with the installation of an external unit. As we said earlier, often the block is mounted on the facade of the building. For this purpose, special brackets are used or a platform is made, on which the outdoor unit is then placed.

Next, the internal unit of the air conditioner is installed. It is mounted on the ceiling or in another part of the room, which will later be lined with drywall. Most often, the indoor unit is installed directly under the ceiling, and the rest of the communications connecting the indoor and outdoor units are laid there.

Additionally, an extensive air duct system is installed, which is connected to the air conditioning system in a single network. During the installation process, you will have to repeatedly make large-diameter holes in the walls, this is important to take into account. It is recommended to use galvanized air ducts, taking into account fire safety measures.

Then it installs a suspended ceiling, in which holes are marked for the air outlet to the premises. After laying all communications, air ducts and a suspended ceiling, up to 30 cm of usable space above the head is «eaten», so it is important to determine in advance whether the final ceiling height will meet the standards.

Ducted air conditioners have proven themselves in the work. They are suitable for use in large rooms, and the power can significantly exceed the usual wall split systems. However, it is important to understand that in rooms with low ceilings, the installation of duct systems is undesirable.